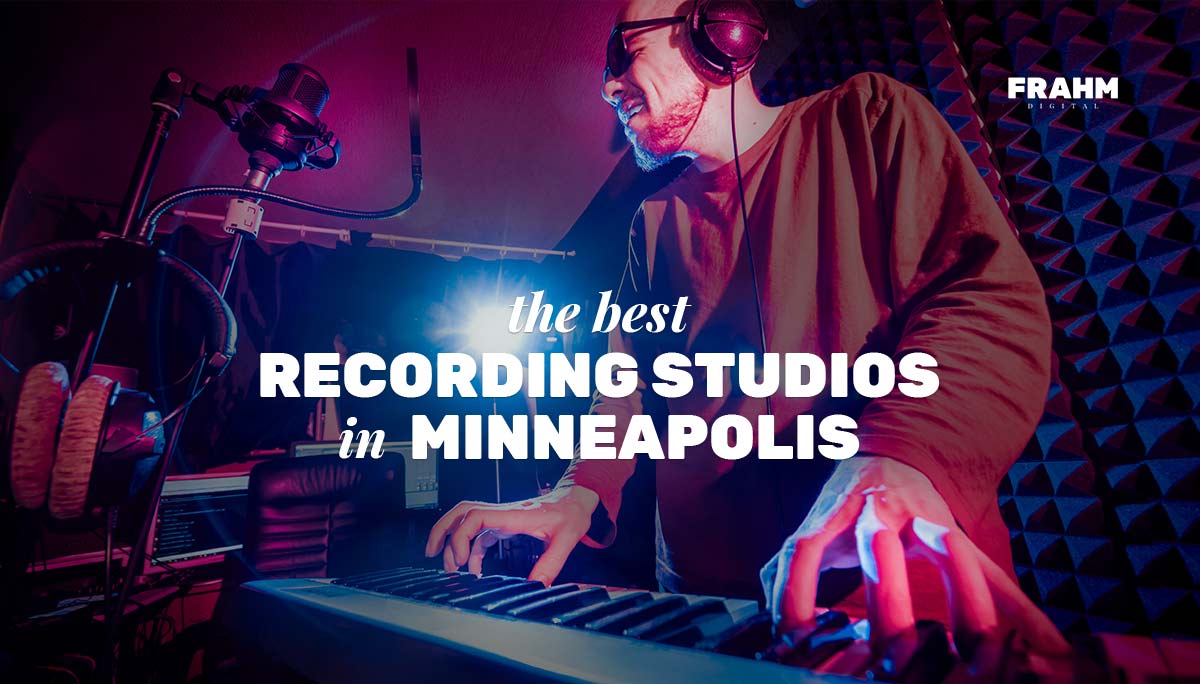 Besides being known as the city where Robert Zimmerman transitioned into Bob Dylan and the town that Prince built, Minneapolis has long garnished a reputation of being both a mainstream and underground musician’s hub. From harboring the harsh anthems of punk icons The Replacements and Husker Du, to generating grunge heavyweights such as Soul Asylum and Babes In Toyland, to recently providing the hip-hop origins of Grammy-winning and commercial music artist Lizzo, Minneapolis continues to prove itself as an eclectic metropolitan backdrop for a wide variety of musical talent.

Just as the city has served as an inspirational backdrop for aspiring artists and bands to hone their skills, Minneapolis is bursting with elite expertise and efficiency when it comes to the recording side of music. This is home to a number of award-winning producers and sound engineers who have helped capture and bottle the studio magic of universally acclaimed acts ranging from Nirvana, to Janet Jackson, to Atmosphere. So whether you’re trying to record the next ‘Bastards of Young’ of you’re trying to, er, take a stab at covering The Purple One, here are 11 incredible Minneapolis recording studios nearby for you to lay down your next masterpiece (in no specific order): 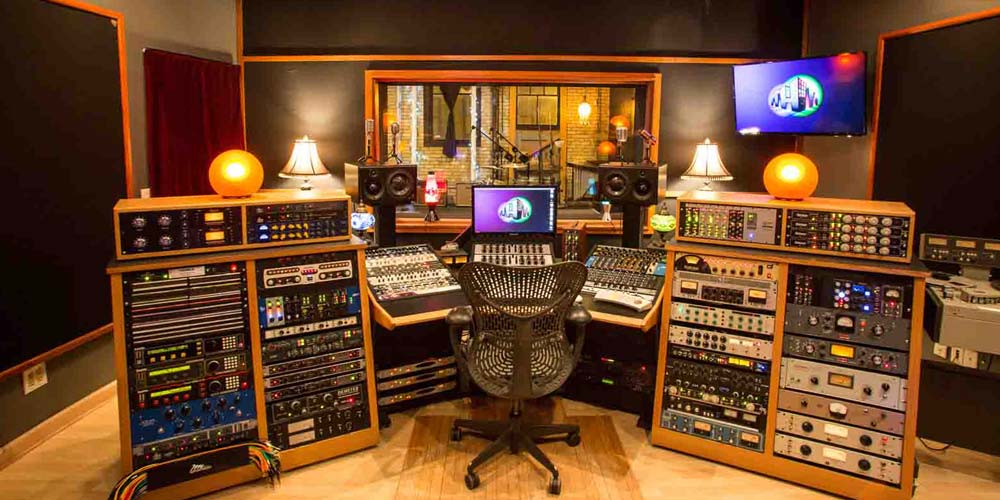 For nearly twenty years, The Hideaway Studios has been true to its name, serving as a Northeast Minneapolis underground recording oasis that’s relatively inconspicuous from the outside. But inside this studio sanctuary is access to multiple control and tracking rooms, as well as just about every recording and equipment gear you can possibly imagine. Hideaway Studios has hosted an impressive array of successful artists and bands, ranging from Macklemore, to Policia, to Snoop Dogg, but don’t let the big names scare you off. Owner and chief engineer Joe Mabbott prides his studio on being a professional resource that can cater to most desired budgets. 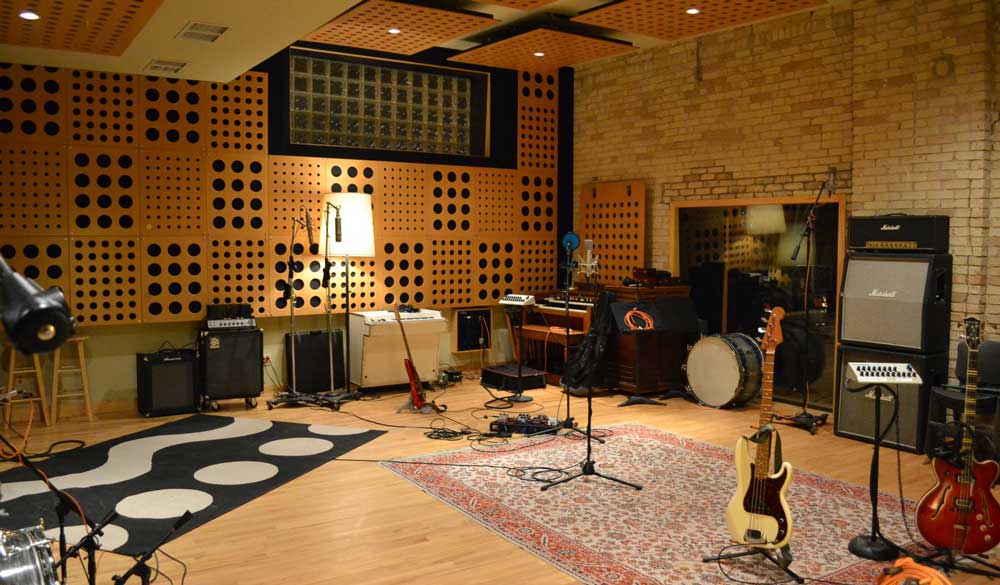 Tucked away in the old St. Anthony neighborhood of Northeast Minneapolis is Terrarium Recording Studios, serving as another utopia for analog and digital gear-heads alike. Spacious, wooden panelled tracking rooms allow artists to summon that ideal venue-room reverb they’re looking for, and piano aficionados will cherish the isolated piano-tracking room, featuring a beautiful Yamaha C3 grand piano. Terrarium has served as an indie-rock haven for local and nationally touring bands alike, and is surrounded by plenty of restaurants, bars, and coffee shops essential for treating yourself after a long hours session. 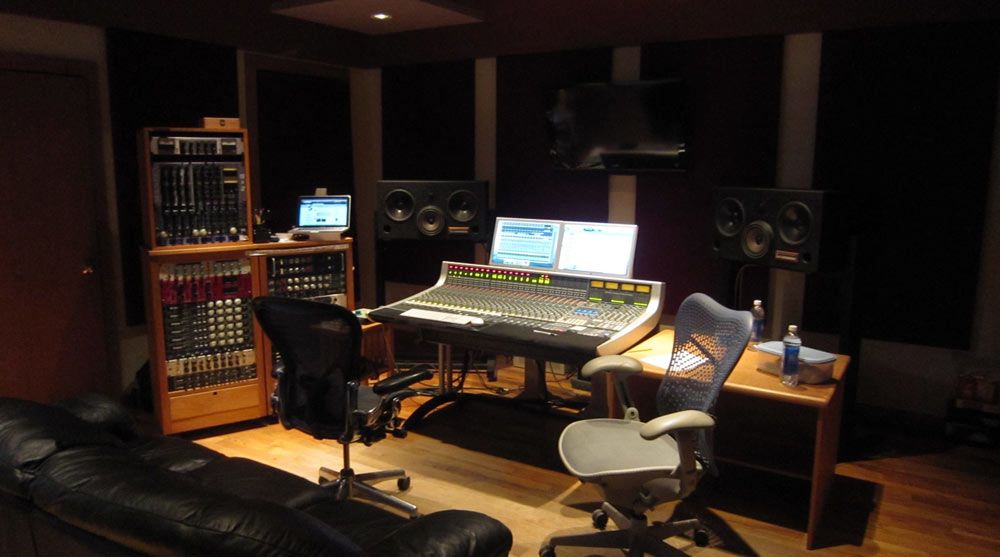 One step inside the large, wooden floors and walls of the tracking rooms of Wild Sound Recording Studio, and you’ll be itching to hear the possibilities of what rich and warm sounds you could make here. Wild Sound Recording Studio provides just about every professional audio production resource you could ever need. Whether you’re trying to capture the harmonies of conducting a full-on orchestra, or you’re a solo singer/songwriter in pursuit of vintage sounds of microphones and preamps, Wild Sound will have you covered. Plus, they also offer more commercial services, such as voice-acting and video recording, if you’re looking for a studio to collaborate on corporate projects. 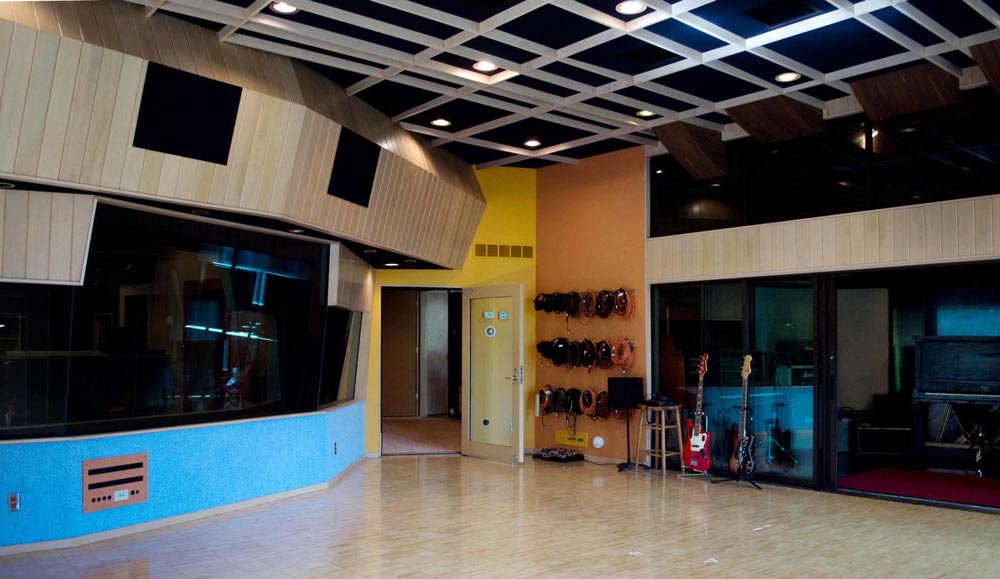 Anyone willing to take a half-hour drive outside of Minneapolis to record at the legendary Pachyderm Recording Studio won’t be disappointed. Nestled within the natural forest environments of Goodhue County, Minnesota, Pachyderm Studio is one of Minnesota’s most iconic recording studios, and the site where legendary albums such as Nirvana’s ‘In Utero’ and PJ Harvey’s ‘Rid of Me’ were recorded. But don’t let its exterior nature ambiance fool you; inside Pachyderm is state-of-the-art recording equipment and interior design that’s just about as professional as you can get. Pachyderm is definitely for serious players only, so hopefully you’ve perfected your demos before entering. 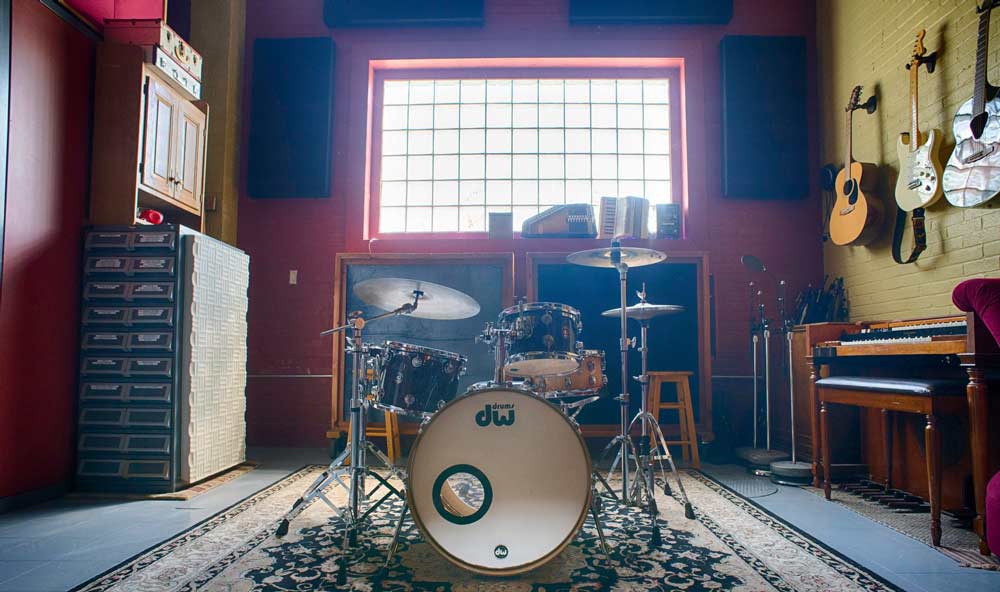 Cozy, intimate, and controlled, Minnehaha Recording Company is a comfortable and accommodating South Minneapolis recording studio that prides itself on tackling just about any genre you can produce. The building was renovated and converted from a 1939 Phillips Gas Station, and it’s high ceilings and brick walls are ideal for tracking rambunctious, aggressive drums. Many of the top names of local artists and bands have recorded at Minnehaha Recording Co., making it a staple for up-and-coming Twin Cities acts. Artists or bands who are looking for a studio offering extensive collections of amps or instruments will be pleased to find a diverse range of guitars, drums, cabs, and keys, essential for whatever sonic style you’re trying to lock in on. 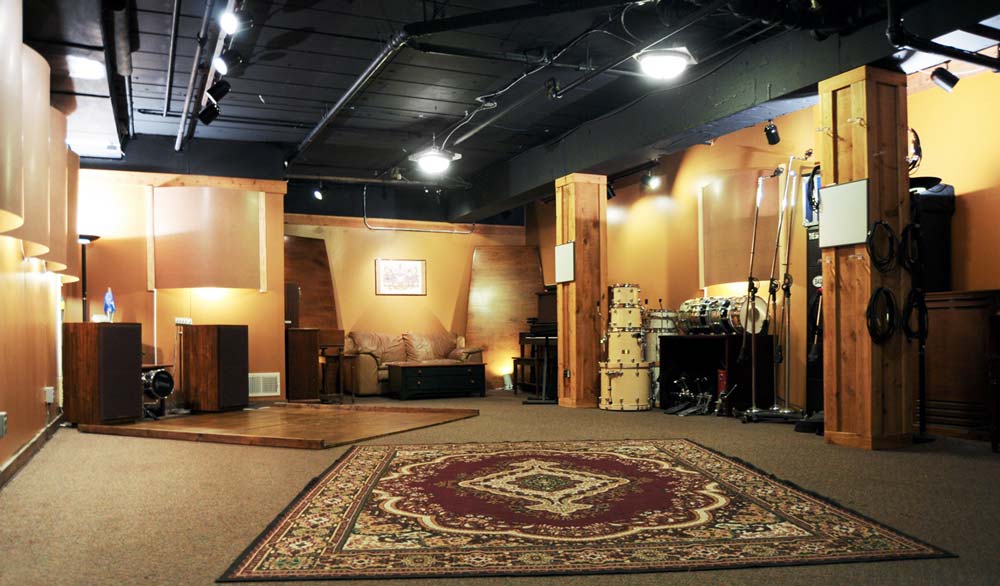 Another South Minneapolis studio staple for tracking the latest next-big-thing bands in town is Signaturetone Recording. Owned and engineered by the all-too-charming Adam Tucker, Signaturetone specializes in helping bands find a medium between big, Hi-Fi tone while putting their live band sound on full display. This Richfield recording studio encapsulates the DIY attitude of the bands and artists they record, and on top of a mesmerizing amount of gear to pick and choose from, offers quality and affordable mixing and mastering rates to anyone who’s already tracked their recording project. 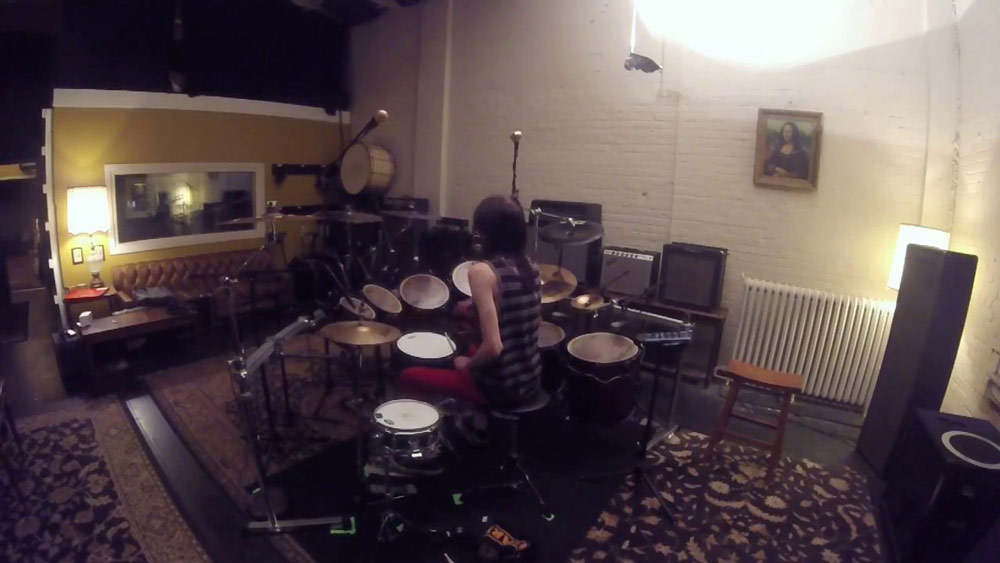 Another Northeast Minneapolis hotspot for producing and mixing some of the more aspiring local material for the past decade is The Pearl Recording Studio. Analog savants and digital explorers alike can appreciate the arsenal of consoles, converters, tape machines, and microphones, that cater to both vintage and modern sounds of all genres. Jazz ensembles, punk rockers, country rockers, and just about everything in between have laid down tracks at The Pearl, but those who prefer the nostalgia of analog recording will surely want to take advantage of the studio’s old school sonic setup. 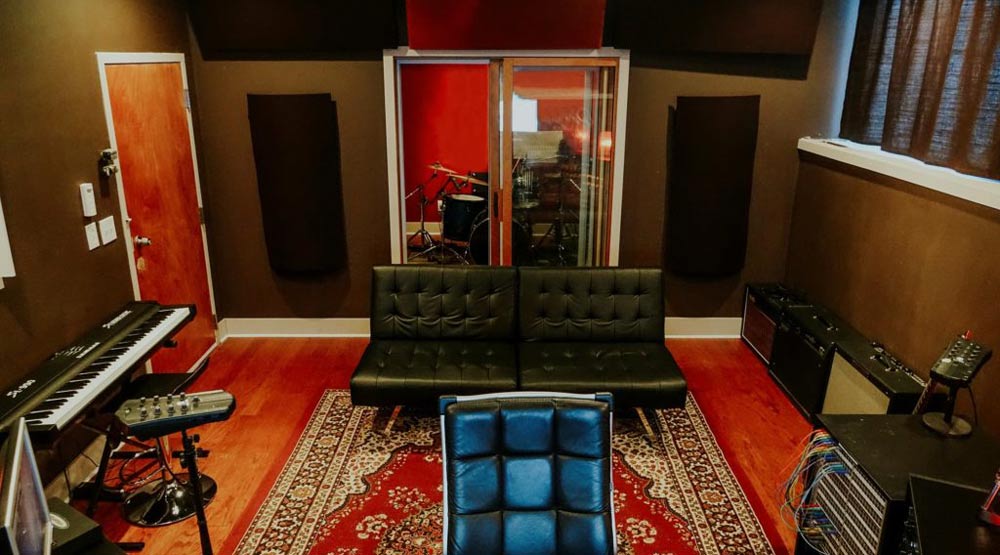 Artists or bands looking to work with sound engineers with impeccable professional recording backgrounds will immediately be drawn to the staff of Minneapolis’s F5 Soundhouse. Co-founders and producers Davide Raso and Own Sartori have decades of outstanding credentials between them, from international recording and producing experience, to being on both ends of the music industry as touring musicians and fielded sound engineers. F5 Soundhouse aspires to be an artist mentorship hub, and even offers songwriting services on top of a plethora of recording and production resources. Their team promises to even help out with more technical and complicated production processes, such as copyright law, royalties, licensing, and publishing. To put it simply, F5 Soundhouse is an ample resource for aspiring singer/songwriters trying to break out and make a name of their own. 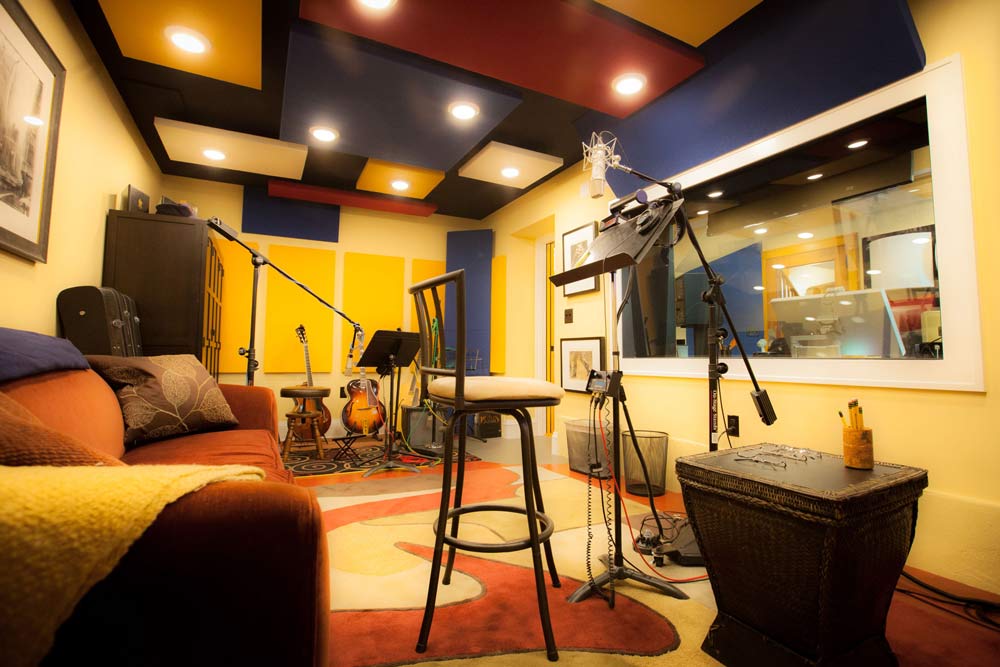 Recording studios don’t have to just cater to rock-and-rollers looking to dial in on their combo stacks and vintage amplifiers. Babble-On Recording Studios in South Minneapolis caters to a wide variety of other recording and production needs, including podcast engineering, web video sound design, film automated dialogue replacement, and other sound editing needs. This comfortably cozy recording loft is perfect for anyone associated with the entertainment, advertising, or radio industries, or anyone in desperate need of sound design assistance. 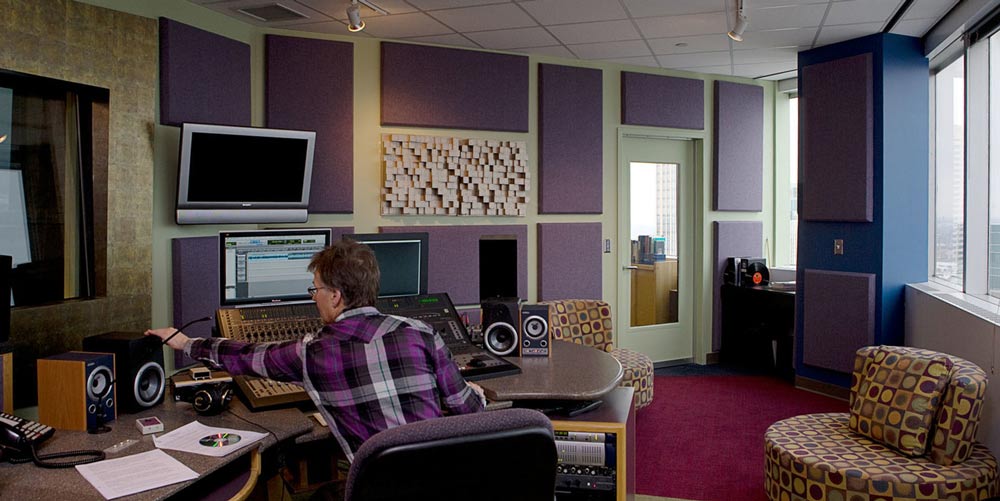 Another audio recording and sound design studio that caters to both artists and companies alike is Downtown Minneapolis’s Sound 80. In addition to winning Grammys and working with the likes of BOTH Bob Dylan and Prince, Sound 80 offers a wide variety of both audio and visual recording services, ranging from video technician assistant, voice over and ADR recording, and even payroll obligation assistance. Not too many recording studios across the country can boast a client list ranging from musicians like Dylan and Prince to advertisers like Best Buy, Wal Mart, and Fox Sports. They also have an easy to use music studio website, for bonus points. 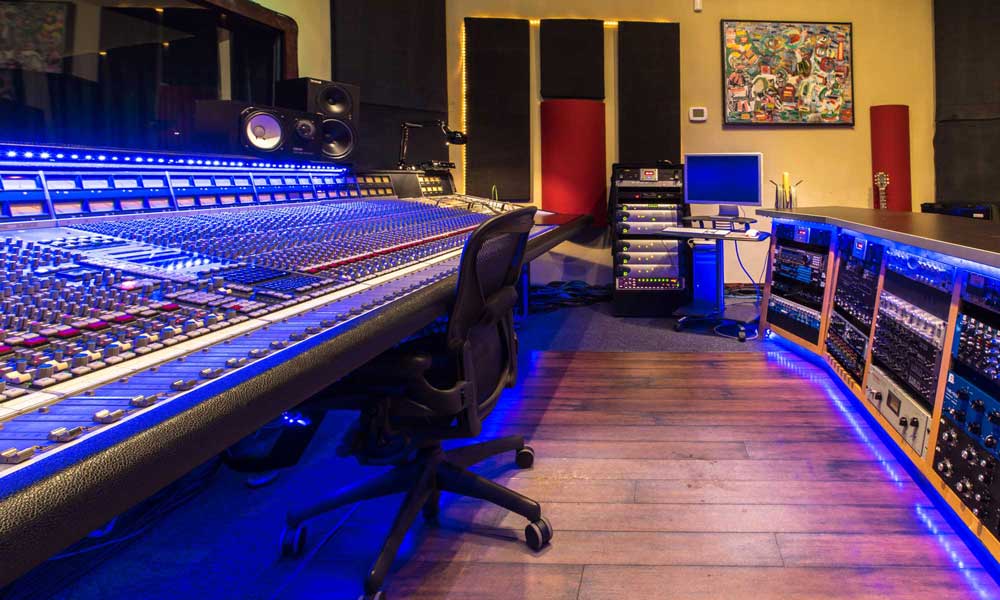 Over the past decade, RiverRock Studios has emerged as one of the quintessential recording studios aimed at tracking music industry titans and local rookies alike. Gospel, folk, hip-hop, rock; whatever you specialize in, RiverRock has the team, gear, and experience to tackle any project, regardless of genre. Head engineers and producers Kevin Israel and Matt Fink have been featured on Grammy Award-winning projects, including sessions with everyone from P. Diddy, to The Jets, to the hometown hero himself, Prince. RiverRock Studios is aimed at delivering signature Hi-Fi sound that’ll warmly caress your ears when played out of any stereo.

From full-service commercial audio to advertisement songwriting to cohesive branding and beyond, we can do it all.

Punch the button below to get a no-hassle, 100% music studio website + brand audit. We'll provide you with actionable insights on how to improve the presence of your audio company, no strings attached.

Get a Free Brand Audit

Affordable SEO: How Much Should Your Business Pay For Search Services?